Ask any foreign visitor to the Kruger Park what they are hoping to see, and the chances are that the majority of them have only one ambition – to see the Big Five. In fact, many a local also regards it as a Bucket List accomplishment.

The very phrase conjures up an air of excitement, but not many know the origin of the expression. It was coined by big hunters who regarded these five animals as being the most dangerous to hunt (because they fight back!) and therefore especially desirable trophies.

Nowadays, the term has very little to do with hunting and most people (thank goodness!) would rather shoot them with a camera than get any satisfaction out of putting a bullet into them. 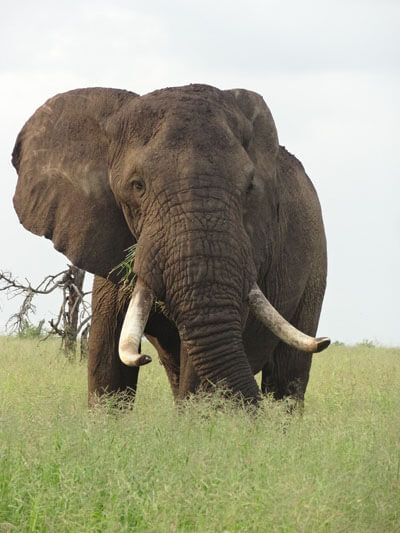 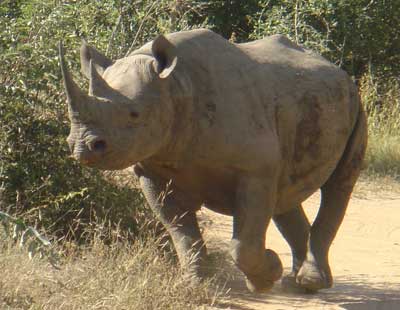 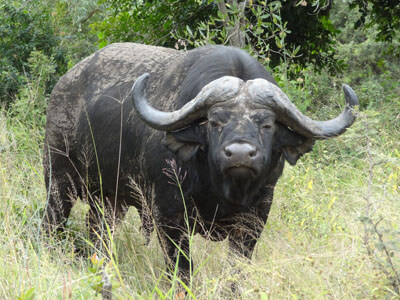 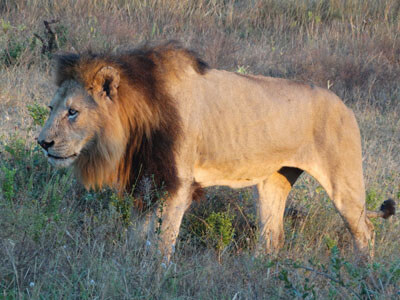 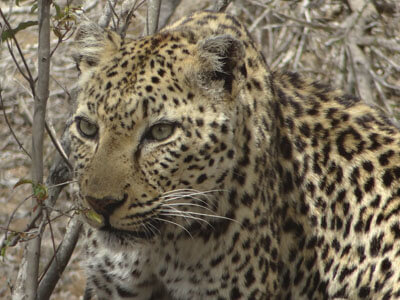 Personally, I have never been able to understand the thrill and the mystique of the Big Five.

The Kruger National Park is amply supplied with elephants (slightly less than 15,000) and buffalo (going on for 40,000), so why anyone would be so satisfied to tick them off a list is beyond me. I would have thought that cheetah and wild dogs (only about 120 of either!) would be more appropriate, if you must insist on having five special ticks on your list. To see the three big cats, as well as rhino and wild dogs on any specific day – well, that would be something to celebrate indeed! (There are approximately 1000 leopards and 1500 lions in the Park. Rhino numbers are difficult to verify because of the horrific rate of poaching.) 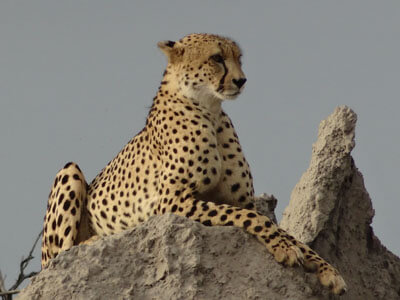 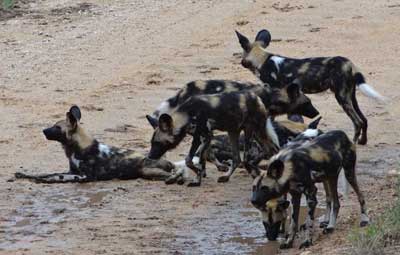 The Park is about so much more than chasing after the Big Five, and if you come to it with that as your chief ambition and an attitude of been there – seen that – got the t-shirt, then you are depriving yourself of the true pleasures of Kruger. Far better is to consider each day a new adventure. Instead of dashing ever onwards to find the Big Five, slow your pace drastically and keep an eye open for all the little things – including Kruger’s birds. Accept everything you find as a gift of the new day.

But, before we start our journey, for the benefit of any non South African reading this, let’s first get our geographical bearings.

Look at any world map, and there, somewhere in the middle, you will find the continent of Africa. Yes, I have to disillusion some of you… Africa is not a country! (In fact, according to the United Nations, Africa consists of 54 countries.)

It is anyone’s guess where this naive misconception originated.

Perhaps it was the slave trade – Africa being the most popular source of the miserable wretches sold into bondage (often by fellow Africans!) and in those days the political boundaries had not been firmly established. Or possibly this notion was perpetuated by books and films such as ‘Out of Africa’… You know… ‘I had a farm in Africa’… Or perhaps it is just the thrill of the thought of ‘deepest, darkest Africa’…

For our purposes, the only point of this map is to notice that right at the southernmost end of the continent is the country known as South Africa. (Most unimaginative, I know. How can such a mundane name possibly compete with the likes of Egypt or Ethiopia or Mauritania?) 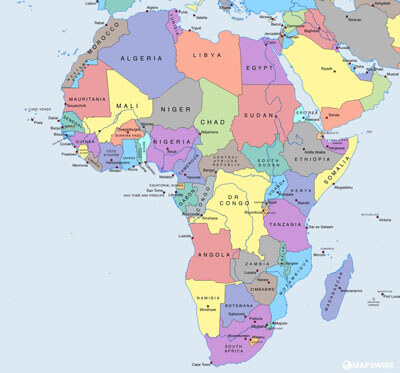 The Continent of Africa
(From the public domain) 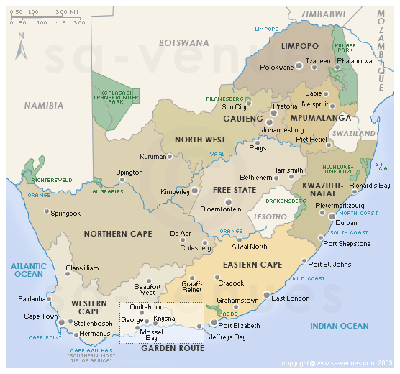 The Nine Provinces of South Africa
(from the public domain)

Only two provinces are of interest to us – our northernmost province, Limpopo, and its south-eastern neighbour, Mpumalanga.

In the extreme east of Limpopo and Mpumalanga, bordering on Mozambique, you will notice a narrow, irregular rectangle coded in a brighter green than the two provinces.

This is the Kruger National Park – one of South Africa’s premier tourist destinations. With nearly one and a half million visitors annually, it is second only to Cape Town.

In area, it is approximately the same size as Israel. South Africa itself, when compared with say the United States, is bigger than Texas but smaller than Alaska.

There is a very good reason why the southern half of the Park is more popular with tourists, both foreign and local. Game is more plentiful and so there are more opportunities for seeing the Big Five. But the purpose of this series is to show that the less travelled roads of the northern Kruger Park are also worth visiting. In fact, the chances are, once you have tried them, you will prefer them.

If you have ever had to fight your way through a jam of vehicles all trying to view a lion kill and you would also like to get just one shot; and if you have ever experienced irate amateur photographers cursing because you are trying to edge your way past them just to get the heck out of there; or if you have ever just been about to get a great shot of a rarely seen bird when a game drive vehicle rushes past you in a cloud of dust and startles it; then you will definitely appreciate the quieter areas.

For these reasons we will be heading north, but before we do so there is one last map we need to consider. We will be referring throughout to route numbers so it will be a good idea to become familiar with them.

A study of any detailed map of the Kruger Park will show that the tarred roads are all designated with an ‘H’. (There are three exceptions. The H2 and the H5 are dirt roads. These are historic roads but as they are in the south they do not concern us. The third one is the H15, a dirt road in the northern half and we will take a closer look at it later. It leads to the Giriyondo Border Post into Mozambique.)

All dirt roads are designated with an ‘S’. (There are two exceptions. The S1 is in the south, so again, we will ignore it. In the north, the southern loop of the S63, which takes you to the Pafuri Border Post into Mozambique, we will deal with much later.)

As the saying “all roads lead to Rome” was a byword in the ancient world, so it is a fact that all roads in the Kruger Park lead to the H1. It is Kruger’s main north-south route, taking you from the Numbi Gate near Pretorius Kop in the extreme south-west right up to the Pafuri Gate, the Park’s northernmost gate, a distance of more than 400 km (more than 250 miles). 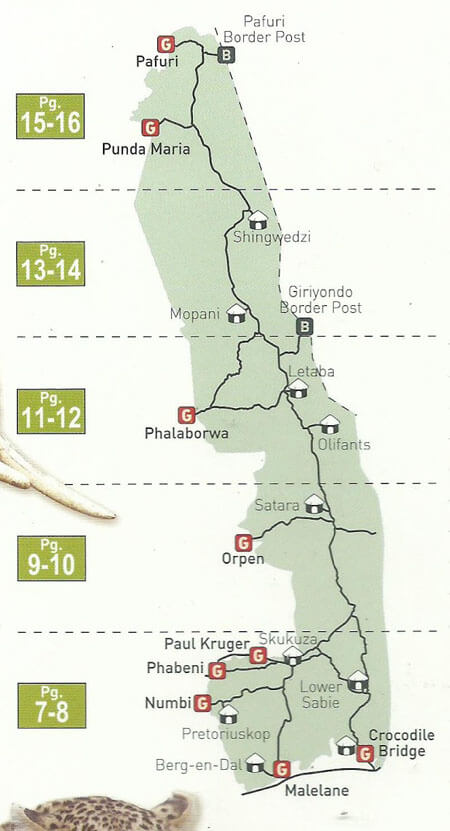 Because of its length, the H1 is divided into nine sections.

Starting down south, the H1-1 takes you from the Numbi Gate to Skukuza.

The H1-2 stretches from Skukuza to Tshokwane, a famous picnic spot found on the map at the point where the two main roads from the south join to form the main road going north.

The H1-3 is from Tshokwane to the H7, the turn-off to Orpen, just before Satara.

The H1-4 stretches from the turn-off to Orpen to the bridge over the Olifants River, which is situated just south of the Olifants Rest Camp.

Beyond the bridge to Letaba it is the H1-5.

The H1-6 is the longest section – from Letaba all the way to Shingwedzi, a distance of more than 130 kilometres (81 miles).

The H1-7 takes you from Shingwedzi to the H13, the turn-off to Punda Maria.

The final stretch is the H1-9, which takes you to the Pafuri Gate.

And now, dear readers, we are ready to start our journey into the lesser known areas beyond Satara, Olifants and Letaba, where I hope to show what wonders a combination of knowledge and patience (and sheer dumb luck!) can deliver.

May you enjoy what you see – though there is no substitute for personal experience. If you have never been to the Kruger Park, may this inspire you to discover it for yourself!